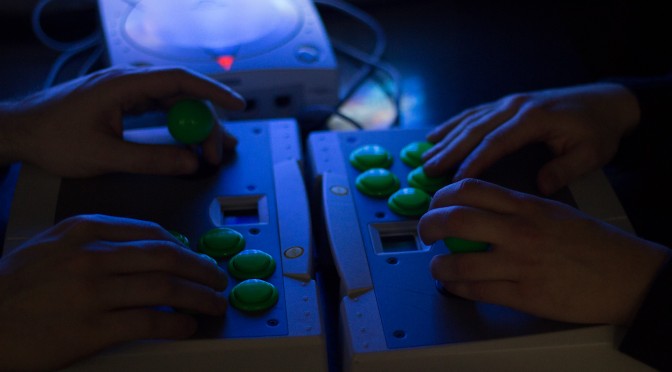 This kind of event however is not all about the objects and costumes, Its about looking around and using your eyes. Events are dynamic, people do interesting things. Timing is everything. The image to the right would have been a much stronger image and told more of the atmosphere had the person in the background been in focus and maybe if I could have gotten a tiny bit closer.

But hey, this was my first con!

After a few beers and talking to a few people, I did manage to start getting some costume shots in. Key thing to note here is that I had been drinking this time so most of the pictures were rubbish! I think I’ve definitely caught the Cosplay Photography bug though…

Here is a nice shiny gallery of the images that turned out OK.

Nidalee from League of Legends

Complete gallery can be found on Google Plus