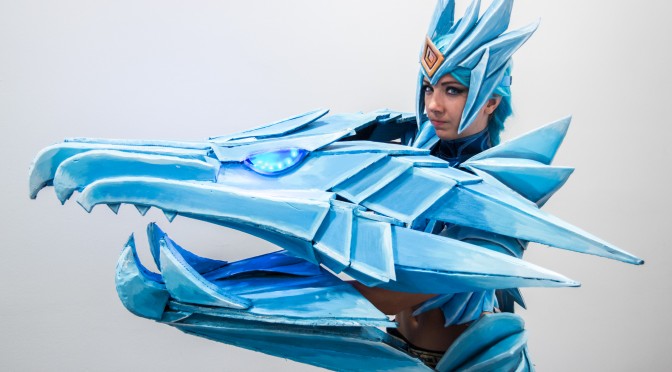 Almost all of my favourite shots from this year are completely away from the horrible lighting and are either by windows, or outside. The exception to this is my photo of LittleJem Cosplay shown below.

As soon as I saw the armour, I knew I wanted a photo of it because it just looks so awesome. I have to admit, I’m not a League fan, but as soon as I asked about poses and she did the one in the image, I was literally lost for words because it hadn’t occurred to me that the “Shield” and “Weapon” (as I saw them) went together like that. Its a simple picture, but I really like it.