Full gallery for Wigan Comic Con 2014 can be found here 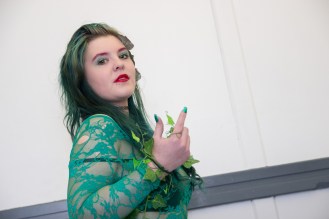 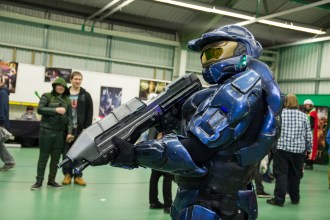 All in all, I can see that I am improving (albeit slowly!) but sometimes, the best shot you take is completely by accident. Whilst watching the Cosplay Competition, each entrant would come to the front and spend a couple of seconds showing off their Cosplay (I think most people were shy and wanted to get out of the spotlight as quick as possible) – One of the entrants, a couple, cosplaying as Belle and Adam from Beauty and the Beast came to the front and did a twirl and a dip. I was having trouble getting focus on the entrants but their twirl gave me enough time to get it close and I just cough’t the dip before the came back up. This is one of, if not, my favourite photos from the event as it clearly captures their “moment” and by all accounts they really liked this photo but its such a shame that its not as clear as it could be. I suspect I missed focus slightly as well has having a small amount of motion blur. The fact it came out like this just reinforces the adage of being prepared for anything – Missing an awesome shot because I wasn’t prepared is a horrible feeling!

Move forward two weeks and after having had time to reflect on my thoughts and mistakes at Wigan, I attended a Cosplay gathering that was organised by North West Cosplay (NWC for short) where they had managed to rent some indoor space due to being, well, winter.

Being near Christmas there were a few themed cosplays (mainly just people donning Santa Hats) I decided I wanted to try to get some themed images. Overall I managed to get two and they are very similarly styled but I am overall happy with how they came out 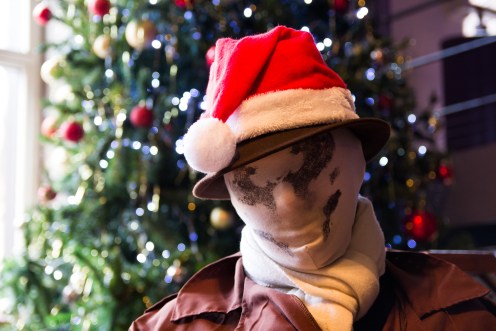 I was mostly focusing on using the light available and trying to construct the image I was looking for. Lighting was appalling so both of these were taken near a window but I am really happy with how they came out. The “smoke” in this one is actually the result of the mist that an e-cigarette gives off and is a nice effect considering the character but sadly the image has a small amount of camera shake. I am looking forward to when the Convention season starts again and all the smaller Cosplay Meets in-between so I can practice more.