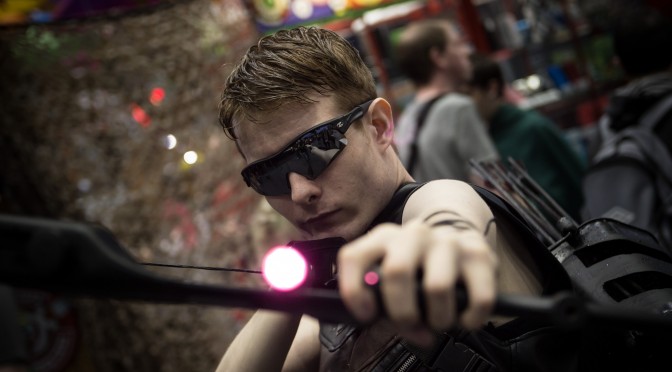 It was a two day event, and unlike LAGC, I spent most of my time shooting Cosplayers rather than try to depict the entire event and I feel it worked out really well. On both afternoons, what I was doing did feel a bit repetitive at times but for now I chalk that down to my lack of technique and posing abilities. Having looked at some other “Pro” photographers work covering the event, I realize a lot of my images could do with being a bit brighter, but not all of them – I was specifically going for a dark vibe on lots.

All said and done though, I spent a good 14, if not more, hours at the event and was kept ample occupied! I got some good shots and there is nothing better than sharing them with your subject and having them use them as profile pictures 🙂

Full album is available on Google+ (71 photos) but here is a selection of my favourites.